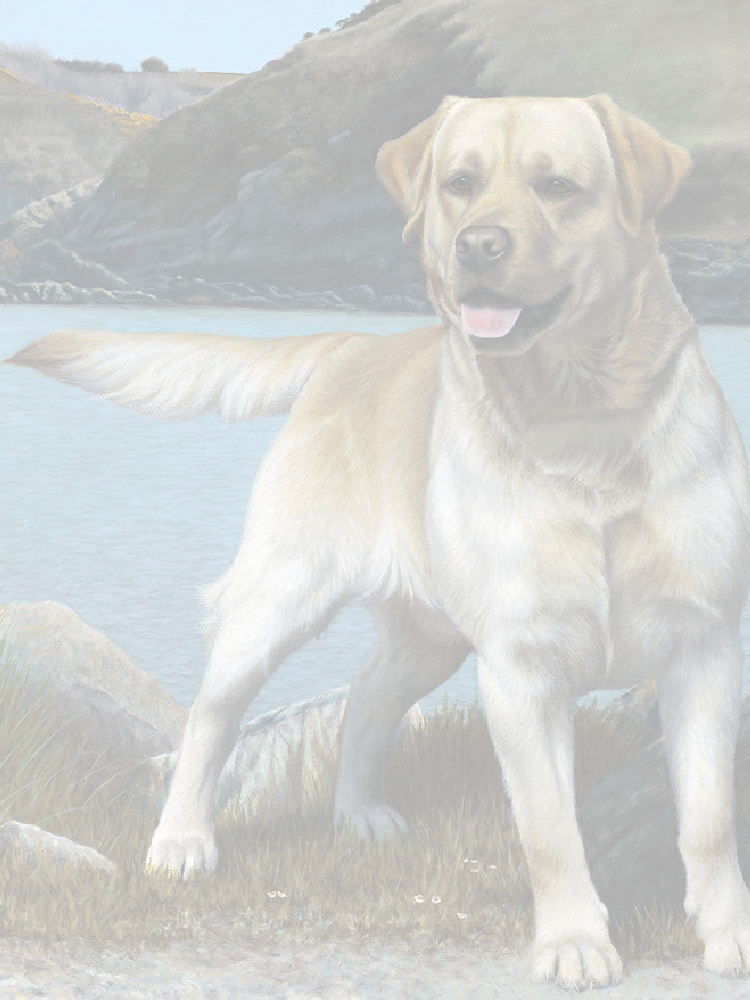 A single limited edition of 50 Giclée copies only

This is Freddie. He is from Llanstinan Kennels in Pembrokeshire and is a really handsome lad. Painted for his owner, Lynda, I had no intentions of actually releasing his portrait as a print, indeed, I don’t paint many Yellow Labs. However, he is a really lovely chap and a pretty fine example of his breed. Furthermore, I  received one or two enquiries about the image after I’d finished it, so decided I’d publish it anyway.

This is only the second image I’ve published with the sea as a background. The first was in 2001, an edition entitled ‘Man’s Best Friend’. Two Black Labs in the back of a series one Land Rover with the sea behind. The setting for that work was the Isle Of Man. This is Fishguard Bay in Pembrokeshire