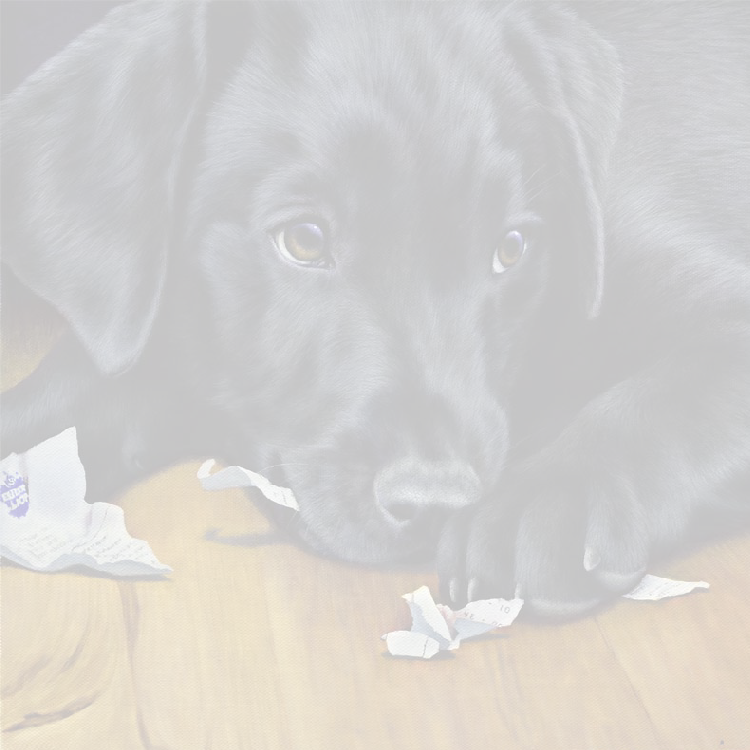 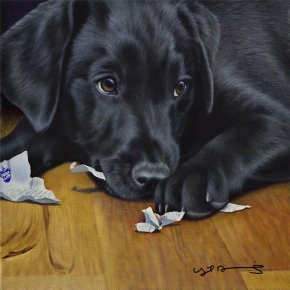 Like ‘Ever Ready’, Euro Trash is a homage to an image I produced back in the nineteen-nineties whilst with Washington Green. ‘It Could Have Been You’ was a very successful work that was, when published, a timed rather than numbered edition. I don’t remember exactly how many pieces were sold, but it was considerable. Copies of the print were actually sold mounted with a live lottery ticket for the following Saturday draw. A very canny marketing strategy on Washington Green’s behalf. Nevertheless, I don’t know if any actually paid out!!

The idea of the puppy finding and chewing up a potentially winning ticket still amuses me. In this case, however, it’s for the Euro Lottery, rather than the National Lottery.